Tipperary will play Waterford in the 2019 Munster Senior Hurling Championship on Sunday May 19th at 2pm in Semple Stadium, Thurles.

The Tipperary team to play Waterford in their Munster Senior Hurling Championship Round 2 fixture on Sunday next, May 19th at 2pm in Semple Stadium has been announced by manager Liam Sheedy.

It shows one change to the starting fifteen with Alan Flynn (Kiladangan) getting his first run of this championship. 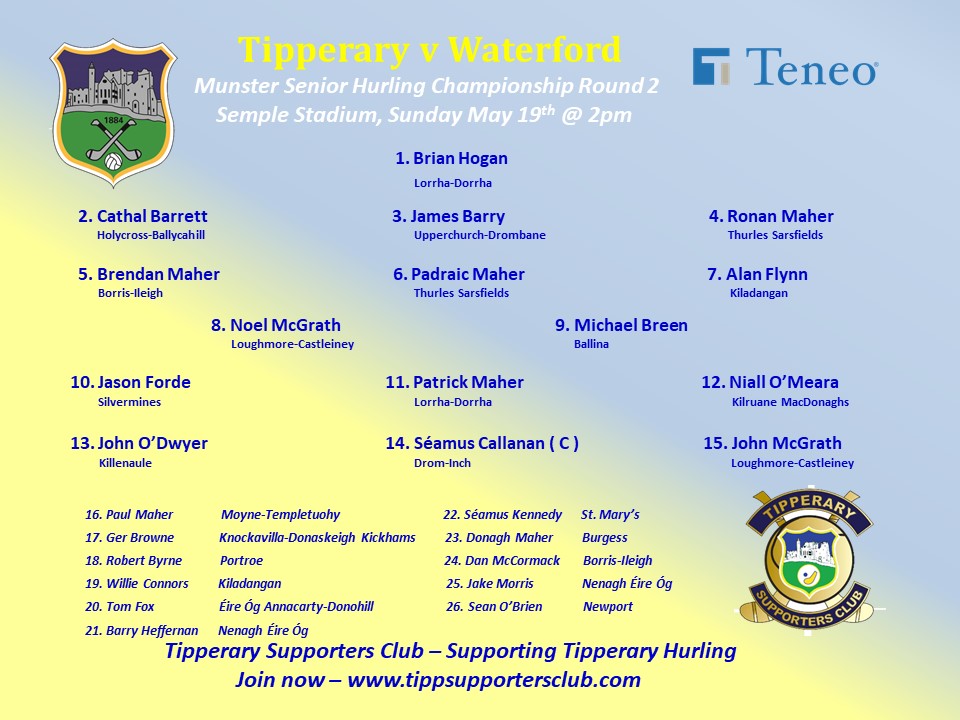 The Tipperary minor hurling team to play Waterford in their Munster Championship Round 2 fixture has also been announced by manager Paul Collins. It shows six changes to the starting fifteen as Tipp go in search of their first win of the campaign.

The team lines out as follows:

Senior and Minor Hurling Round-Robin Championship Matches
Adult: Stand €20, Terrace €15
Under 16s: €5 all areas
Student/OAP: Concession of €5 with valid ID prior to entry at the designated stile.

The above prices are pre-purchase prices, applicable until midnight of the night before the game with prices being consistent for all venues. All adult ticket prices increase by €5 on the day.

Tickets are available to purchase via tickets.ie and participating Centra and Supervalu outlets.
Buy online http://gaa.tickets.ie/Listing/EventInformation/39855/munster-s-h-c-round-robin-tipperary-v-waterford-semple-stadium-19-May-2019

Pick up a copy of the souvenir match programme on the day for 5 euro. 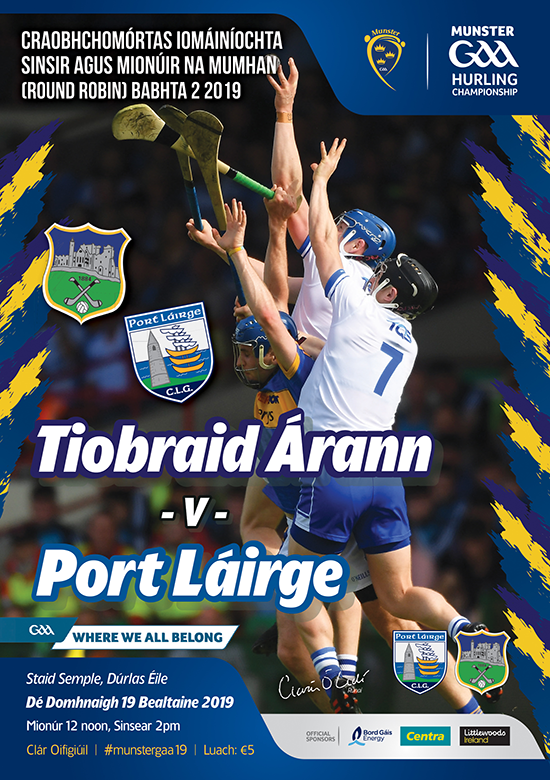