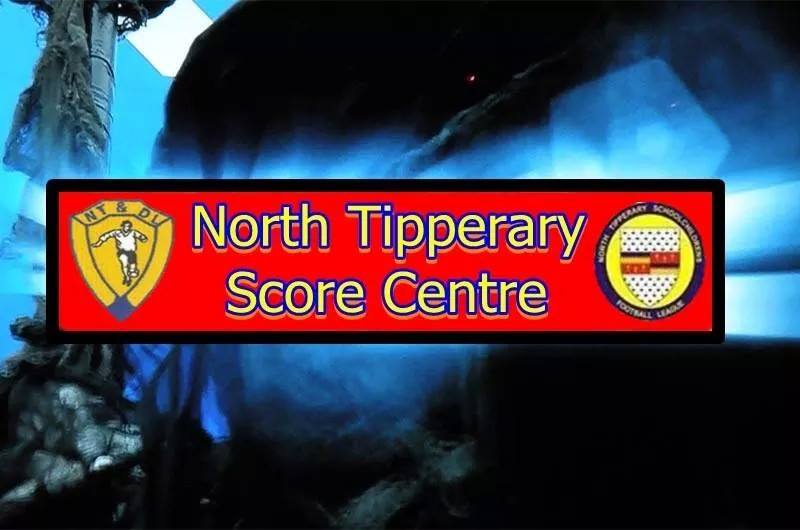 Thurles Town v Roscrea United
Thurles welcome Roscrea to the Greyhound Stadium in a must win game for the home side. With no points registered as of yet they have got the Roscrea side at a good time following a 10-0 loss to Clonmel Celtic last week in the FAI Junior Cup. Roscrea, who’s last league outing against Cloughjordan FC ended in defeat will look to push on and cement their place as a Premier League side.

Clodiagh Rangers FC v Lough Derg FC
In this basement battle a home win looks likely, with Paul Doyle looking like their best outlet for goals. Lough Derg who have received some bad beatings this far, losing all 4 games by 2 or more goals, look like they will struggle all season unless they win this type of game.

Nenagh Afc v Cloughjordan FC
1st plays 3rd in this one and both sides were last week knocked out of the FAI Junior Cup by Peake Villa and Streamstown Celtic respectively. This will make certain that both teams are geared up for a win and even at this early stage Cloughjordan will know that a defeat can effectively end their chances of winning the league after coming so close two seasons ago. Afc, the Leagues powerhouse will look to get a few results together knowing that Nenagh Celtic don’t play this weekend in the league.

Borrisokane Fc v Nenagh Afc B
Borrisokane will hope to bring last week’s Cup form into the league as they push for promotion this season and know that any more slip ups will almost certainly end any chance of that dream. They face a tough and an in form Nenagh Afc B side who have only lost to the teams above them so far this season. Nonetheless we see a close game here and feel it could go either way.

Arra Rovers v Borroway Rovers
With both teams here only winning one game apiece this season this has already become a six pointer in the relegation zone. Borroway, slight favourites, need to win in their attempt to push up the table knowing their games in hand will not guarantee them points in this Division. Arra, so unpredictable, will hope to field a strong XI this time around knowing last week’s walkover against them in the FAI Junior Cup is something that mustn’t happen again this season.

Streamstown Celtic v Moneygall FootballClub
Streamstown who last week claimed a Premier Division scalp in Cloughjordan will be under the upmost pressure in this one after losing to leaders Holycross Fc in their last league outing. Moneygall on the other hand have come off an emphatic league win over Arra Rovers and were unlucky losers against TSDL outfit Cahir Park in extra time last week. Firepower could be key in this one and we feel the home side might just have too much.

Holycross Fc v Ardcroney Fc
Top vs Bottom in this clash. A home win looks a certainty with Holycross winning 6 from 6 so far in the league whilst their opponents have only 2 points to their name. The Centre sees a huge win for the unbeaten Holycross side.

Cloughjordan FC B v Nenagh AFC C
In this interesting tie Cloughjordan will look to build on their first win of the season last week knowing they’re hugely dependant on top scorer Dean O’Meara. Nenagh who know a loss here could see them in a season long relegation battle have been inconsistent to say the least and will have to improve if they are to make an impact this season.

Roscrea United v Nenaghceltic Footballclub
This match will decide whether either team can mount a serious title challenge this season. With both teams losing ground last weekend a win is imperative and this pressure will surely be felt by the players.

Portumna FC v BT Harps B
In what is set to be a cracker of a game Portumna host BT knowing they have it all to do to beat the leaders following their 5-1 win against Roscrea last weekend. BT, 3 points clear will move into a strong position of favouritism if they can play to the same standard this week as last. But with Portumna having huge firepower up front, mainly with Garry Curran and Sean O’Meara, they will show no fear in this one. A tough match to call but we feel the league can be blown wide open with a home win in this.

Ballymackey Fc v Kilcommon FC
Ballymackey host Kilcommon in what could be a high scoring game in Balinree. The home side who have blown hot and cold as of late will look to add to their 16 goals this far against a team that’s conceded 13 already. Both teams need the win but we see a home win here.

Barnane Fc v Rearcross FC B
Barnane and Rearcross have not won in 5 games but we think the home side will be too strong for the much older Rearcross outfit. In what should be a close game we think a single goal will be the difference.

Lough Derg FC B v Ballymackey Fc B
In this game both teams find themselves on level points on the table. L. Derg lost last week to Borrisokane in a match that proved huge in the season so far whereas Ballymackey had an easy win over bottom of the table Ballywilliam. Both teams boasting youth and experience will have a tough battle ahead of them and we just can’t separate them at all.

Clodiagh Rangers FC C v Shannon Rangers Fc
In another game that looks close table wise we feel Shannon will prove way too strong for their opponents here. Having scored less than half the amount of goals that Shannon so far this season Clodiagh will have to be at their best to get anything from this.

Templetuohy Fc v Sallypark Odhráns Fc B
Templetuohy have it all to do here as the are up against a team with the most goalscorers in any Division. A comfortable win is expected here from the away side.