Last Sunday’s 2-24 to 0-18 victory over Thurles Sarsfields has ensured a place for MacDonaghs in the knockout stages of the championship. This is the first senior championship victory over Sarsfields since 1985. There have been some very close struggles in recent encounters. Last year late a Ronan Maher goal snatched victory for Thurles.  In 2017 the game went to extra time and in 2015 Sarsfields had a rather flattering six-point victory as there was only a point between the sides as the clock ran down. On this occasion the Magpies were not to be denied and were deserving winners.

Thurles lined out without Pa Bourke and Stephen Maher while MacDonaghs fielded without the injured Conor Doheny. Seamus Hennessy wore the number one jersey. Brian O’Meara came a cropper in the warm-up and Justin Cahill left the field just before the interval with a hamstring injury. Sean McAdams was thrown into the fray when Buggy pulled out and he helped himself to three points in an energetic display. Willie Cleary was introduced instead of Justin. MacDonaghs played against the light breeze in the first half and were full value for their two-point interval lead with the score 0-11 to 0-9 in their favour.

On the resumption MacDonaghs continued to dictate the trend of play and by the 43rd minute led by 0-17 to 0-14. Then came the crucial score of the game. Kian O’Kelly played a deft pass to Conor Cleary who whipped the sliotar to the net. MacDonaghs drew on last year’s painful experience and controlled the game to the end. Cian Darcy capped a fine display when he rifled the sliotar to the corner of the net in the 62nd minute.

No euphoria greeted the final whistle as everybody realised it was just another step in the right direction. Thurles are still not out of the equation and will be dangerous opponents if they emerge through the divisional route. The third round against Annacarty takes place in Templederry on Saturday at 5.00pm. The result of this game will determine first and second places in the group. Annacarty had a nine-point victory over Thurles in April so it will require an improved performance from the Magpies to overcome the westerners. Last Sunday we had great support in Templetuohy and ask all our followers to get to Templederry to drive the team on.

MacDonaghs last victory over Thurles was in the County quarter-final in Semple Stadium on Sunday 15th September 1985. Score: MacDonaghs 2-10 Thurles 2-3.

This was the third successive senior victory for the Magpies over Thurles: 1973 County Championship in Templemore MacDonaghs 4-6 Thurles 1-4 and 1979 County Final MacDonaghs 2-18 Thurles 3-6.

It is said that goals win games. However, despite raising eight green flags MacDonaghs bowed out of the championship after losing to Moneygall/Clonakenny on a 4-26 to 8-9 scoreline in MacDonagh Park. We finished level on points with Silvermines but our inferior score difference cost us a place in the quarter-final.  Thanks to the management and players who put in the effort during the year. Team:  Kevin McDonald, Paul O’Neill, Louis Kennedy, Eoin O’Meara, Ciaran Coffey, Páidí Williams (1-1 frees), Niosa Minogue, Matthew Moyles, Aaron Morgan (0-4), Nathan Lynch (0-1 free), Kian O’Kelly (1-2), Matthew Spain, Cormac Doheny (2-0), David O’Sullivan (1-0) and Eoin Carroll (3-1). Sub: Oisín Williams

Our teams had mixed fortunes in recent games. In the ‘A’ competition Borris-Ileigh proved too strong while in the ‘C’ competition our second team chiselled out a great victory over Newport on a 3-2 to 1-6 scoreline but lost 5-7 to 5-2 against Portroe.

This group had a very busy week. Last Wednesday our U9s headed to Moatfield to play Lorrha.  On Saturday our U9/10s travelled to Newport where we played the home teams in very competitive matches. Thanks to Newport for refreshments afterwards.

The club extends sympathy to:  Tommy Houlihan and the Houlihan family on the death of Noel Houlihan, Faddenmore, Carrig; the family of the late Catherine ‘Rena’ Cleary (née Fogarty), Behamore, Cloughjordan; and Fr. Tom Hannon on the death of his brother Paul. 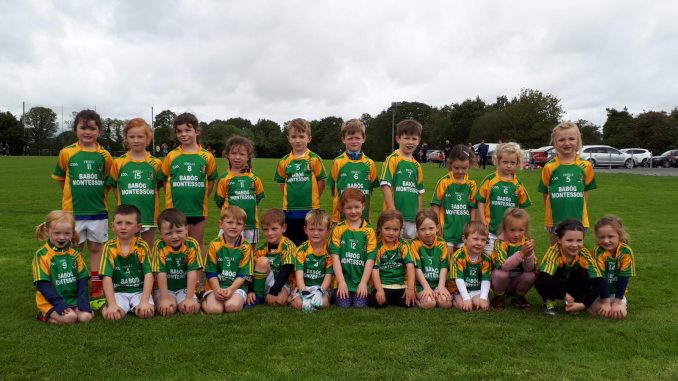 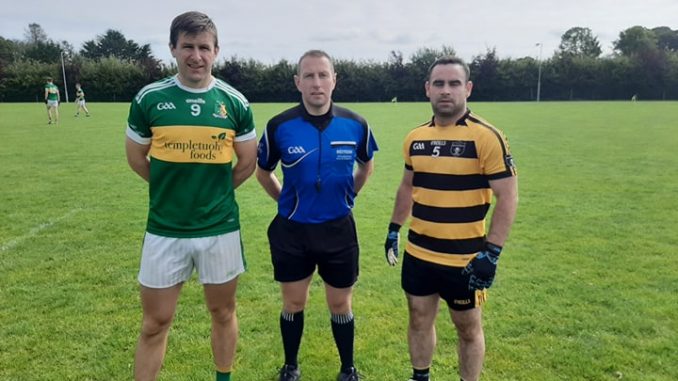