18 February 2019; Walter Walsh of Kilkenny and Ronan Maher of Tipperary during an Allianz Hurling League Media Event at the Anner Hotel in Thurles, Co. Tipperary, ahead of the Allianz League Division 1A game between Tipperary and Kilkenny at 2pm in Semple Stadium on Sunday 24th February. Photo by Diarmuid Greene/Sportsfile *** NO REPRODUCTION FEE ***

For a while at least on Sunday last, the sun was shining on a positive result for Tipperary until Wexford pounced deep in injury time to secure both points in round 3 of the Allianz Hurling League on a 1-15 to 1-14 score-line.

That game was the 7th fixture between Tipp and Wexford which was decided by a point. Wexford have won five of these to Tipp’s two, which were on April 20th, 1952 and October 24th, 1976.

Having tried exceptionally hard all through following the early goal from captain Seamus Callanan, a draw had it come to pass would have been just reward for the Tipp lads. But as in life, nothing is certain in sport and that’s the intrigue and mystery, as well as the ‘what might have been’ which consumes our thoughts and emotions until the next day comes round. And come round it will where the opposition in the next outing doesn’t get much bigger than Kilkenny. When the ‘cats’ come calling the scent in the air bristles with expectation and passion as two arch rivals of the modern era get ready to set the pulses racing once more on the field as well as in the stands.

All the focus therefore will be on Semple Stadium next Sunday, February 24th, when Tipperary and Kilkenny line out against each other at 2pm. With both sides on two points the prospect of another thrilling instalment in this unique history will no doubt be high on the wish list of both sets of followers.

Adult pre-purchase tickets are available up to midnight on Saturday night for €15 and adult match day tickets are €20, U16’s go free. Nothing beats being there.
Best wishes to the team and management on Sunday and the referee will be Johnny Murphy (Luimneach)

Its round 4 also in the Allianz football league as Tipperary head north to play Armagh in the Athletic Grounds also on Sunday next, February 24th with throw-in at 2pm.

Following their notable win against Donegal in round 3, Liam Kearns’ side will be looking to keep the momentum going as they seek to consolidate their position in what is a very competitive division.

As mentioned previously, the team secured promotion to divison 2 on their last visit to Armagh and while this will be a welcome reminder it may also provide the home side with the hunger to ensure lightening doesn’t strike twice. A fascinating tussle can be expected so, let’s hope Tipperary are the ones coming home with both points secured.

Best wishes to the team and management on Sunday. Buy tickets before match day and get 25% off adult tickets, U16’s go free. The referee for this match will be Jerome Henry (Maigh Eo).

Best wishes to our referees on duty in the Allianz hurling and football leagues this weekend. In hurling, Fergal Horgan (Knockavilla-Donaskeigh Kickhams) will watch over affairs when Dublin and Waterford meet in Parnell Park in round 4 of Division 1B. Meanwhile, in the football league Seán Lonergan (Moyle Rovers) will be in the middle for the Division 4 round 4 fixture between Limerick and Leitrim in Rathkeale.

A training night for Club Children’s Officers will be held in Thurles Sarsfields upstairs club room on this Thursday, February 21st at 7.00pm.

This training night is especially arranged for new Club Children’s Officers or any children’s officer who may not have attended a course previously.

Please note all club children’s officers are welcome to attend even if they attended in the last few years.

Those wishing to attend should notify Co. Children’s Officer Nicholas Moroney preferably by email childrensofficer.tipperary@gaa.ie as it is easier to track details or 087 8369630.

The Royal Theatre Castlebar was the venue for the All-Ireland Scór na nÓg Final on Saturday last February 16th.

The standard of competition in all disciplines was truly excellent as one would expect and a wonderful evening of entertainment was had by all as the four provinces put their best feet forward.

Newcastle’s Rince Foirne troupe raised the roof of the Royal Theatre but success was not to be theirs with Ulsters performance winning through. No finer display could we have asked from Caelainn, Sarah, Orlaith, Clara, Emma, Abbie, Amy and Niamh. Míle buíochas to Kathy Coleman for such a marvellous performance. 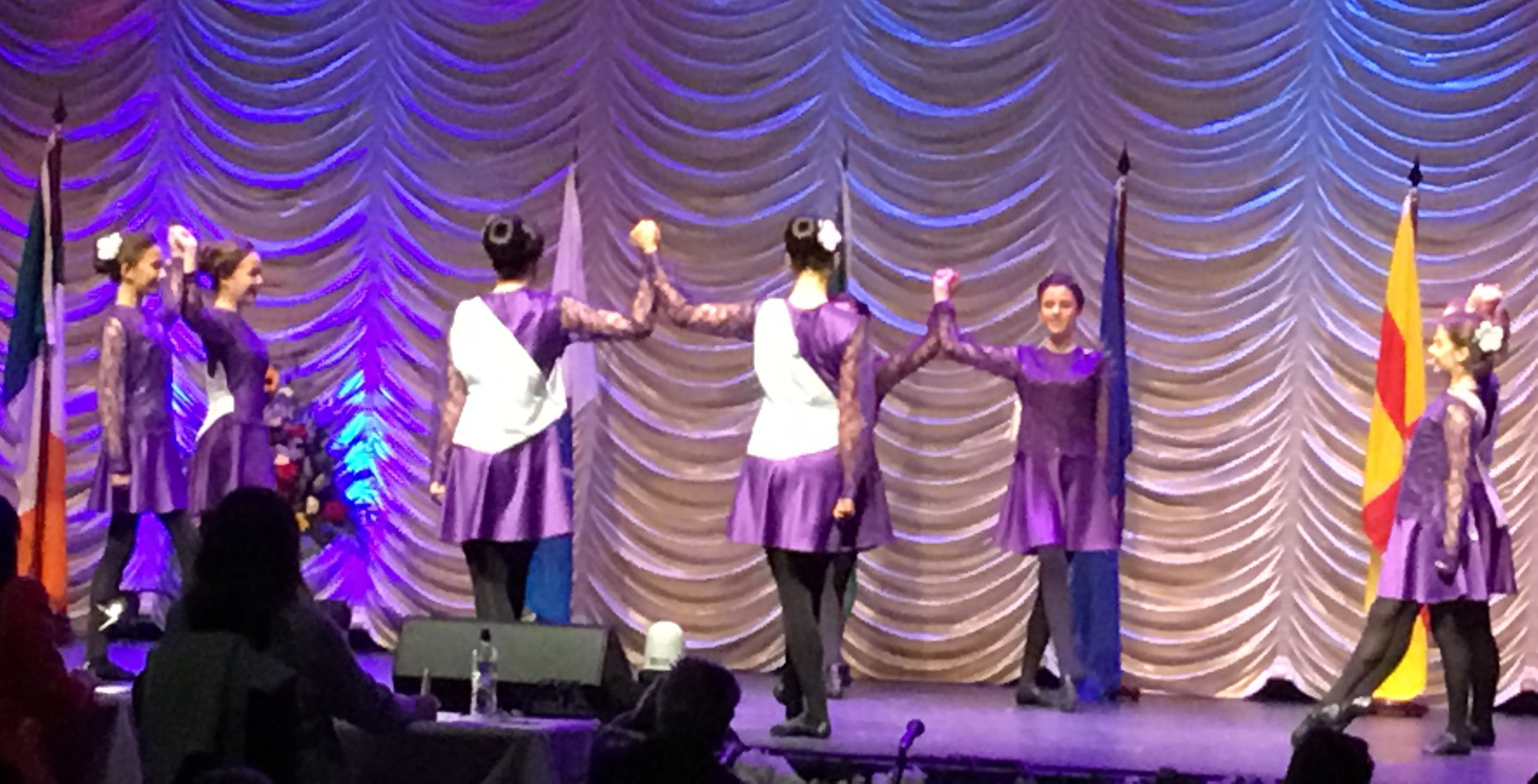 A wonderful Amhránaíocht Aonair competition was then followed by the Aithriseoireacht/Scéalaíocht section. Canice Ryan of Seán Treacy’s club excelled and gave an excellent performance on stage. However the Ulster province participant was announced winner in that category and while Canice will be disappointed we have no doubt that he will grace the stage again such was his stage presence and quality of delivery. Maith thú Canice . 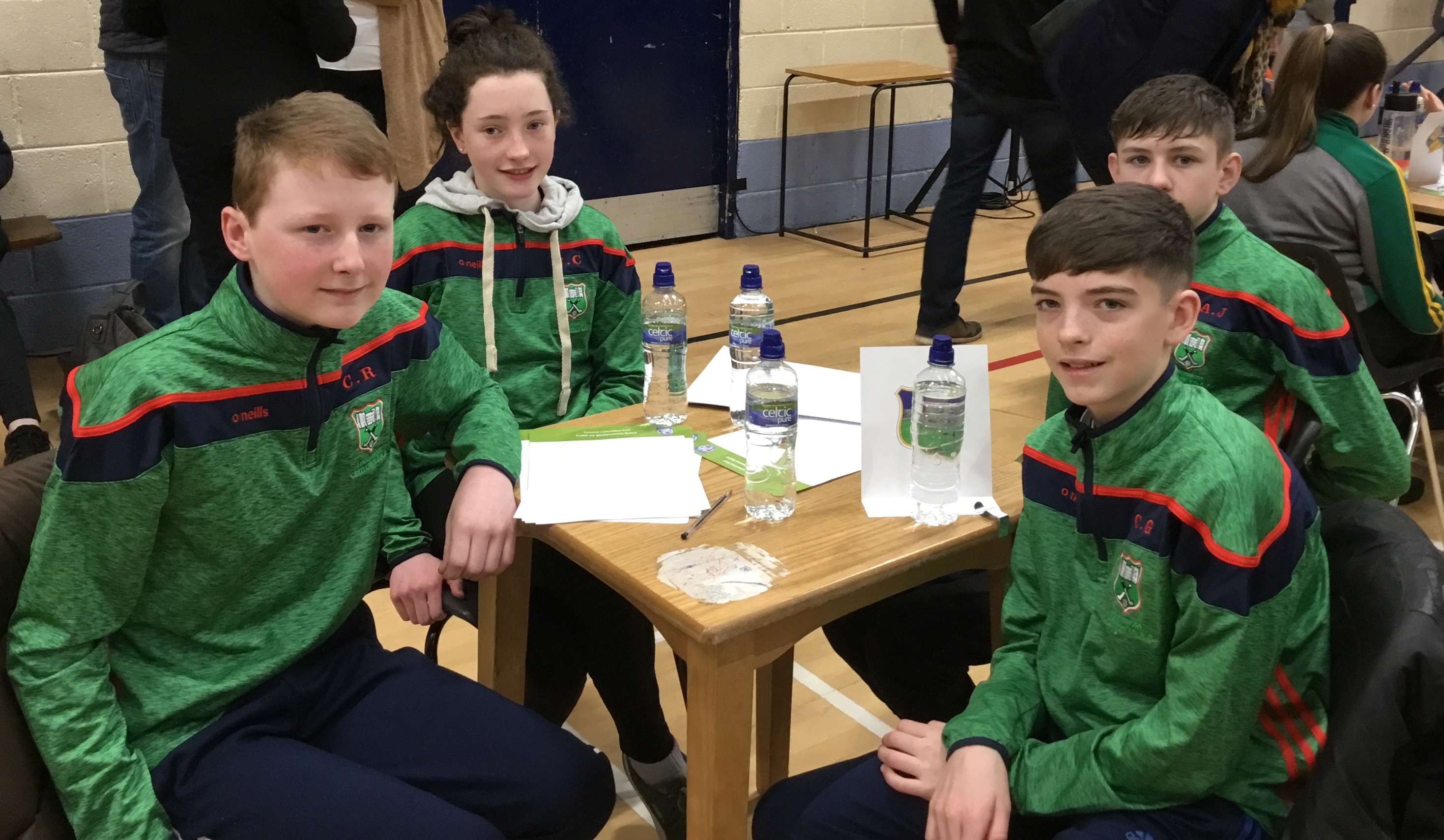 Thank you to all mentors and supporters who travelled from all corners of the county to lend support to our young people. Mol an Óige agus Tiocfaidh sí

Newport will be the venue for the County Final of Senior Scór on Saturday night next February 23rd. The Tráth na gCeist – Quiz will take place at 7 o’clock, with teams of four as usual participating. We appeal to as many clubs as possible to take part on the night as the winning team will go forward to represent Tipperary in the All-Ireland final in Castlebar.

The stage performances will begin at 7.30pm and again we appeal to all clubs to take part and inform your secretary or County Secretary Mary at 087 2160430 before Thursday 21st. A good night’s entertainment is promised.

Celebrating the milestone of Fifty Years of Scór will we hope be a special occasion. A reminder to all that the Munster Final will take place in the City Hall in Cork on Saturday, March 2nd.

Parish and divisional finals will soon be underway as we look forward to the Scór na bPáistí County Final. Look out for details of art and poetry competition coming soon.

The Electric Ireland HE GAA Fitzgibbon Cup Final will go ahead this Saturday, February 23rd in the WIT complex at Carriganore between UCC and Mary I.

In last week’s semi-finals UCC required extra time to see off the challenge of DCU and only then getting the vital score, a goal from a penalty, in the 82nd minute to claim a 2-17 to 0-22 victory. Killian O’Dwyer (Killenaule) and Mark Kehoe (Kilsheelan-Kilcash) lined out for UCC.

In the second semi-final there was just the one score in it as Mary I defeated NUIG 1-18 to 0-18 in a thriller in Ennis last Thursday. Mary I. had the usual Tipp contingent in their side consisting of Craig Morgan (Kilruane MacDonaghs), Eoghan Ryan (Loughmore-Castleiney) and Philip Hickey (Nenagh Éire Óg). This time they were also joined by Ray McCormack (Borris-Ileigh) who was introduced in the second half.

For NUIG Shane Hennessy (Nenagh Éire Óg) was again in goal with Conor Sheedy (Roscrea) at right corner forward. Again his club mate Shane Fletcher (Roscrea) came on in the second half. The match was refereed by Johnny Ryan (Boherlahan-Dualla).

The finalists are also known in the Electric Ireland HE GAA Sigerson Cup where UCC with Jack Kennedy (Clonmel Commercials) are through to the final following their 4-9 to 1-15 defeat of NUIG last Sunday in Mallow. This game was refereed by Derek O’Mahoney (Ardfinnan).

In the final this Wednesday at 7:30pm in Parnell Park UCC will meet St. Mary’s (Belfast) who saw off the challenge of UCD 0-10 to 0-7 in the other semi-final played also in Mallow.

This will be a huge week for UCC with both teams through to the college’s finals.

Best wishes to all Tipperary players involved in those finals. 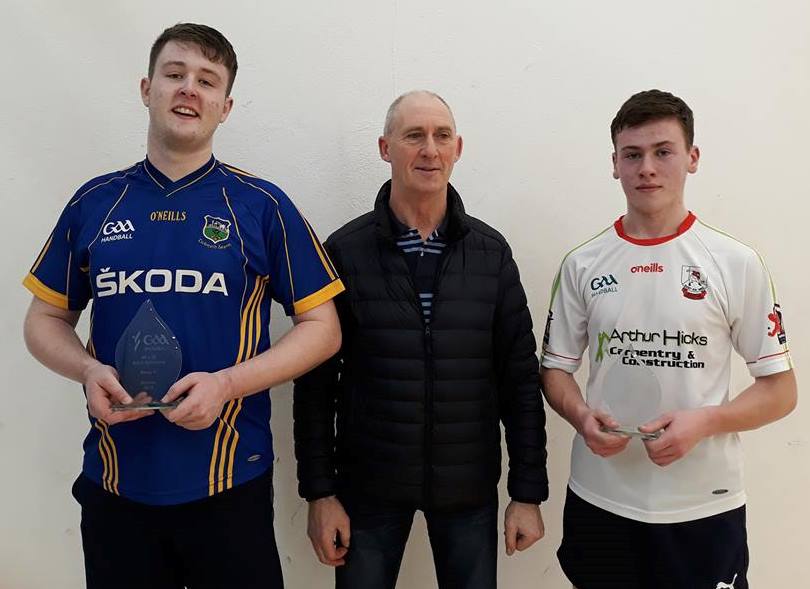 A reminder to clubs please appoint a Healthy Club officer whose role is to help your club become a healthier, safer and enjoyable place for all club members. Training for new officers is on April 11th, so clubs still have time on their side. The county committee are asking all clubs to adopt and implement the Give Respect- Get Respect initiative which encourages the principles of fair play and respect not just for players themselves but coaches, clubs, parents, referees and supporters. Check out the Code of Behaviour Underage on gaa.ie for more information. Remember any policies and initiatives your club implements help make your club a safer and healthier place for members and the local community to enjoy.

We will shortly be heading into exam season for thousands of GAA members. Young members and their parents might find some helpful information by checking out Spun Out on spunout.ieThis organisations aim is to educate and inform young people aged 16-25 on how to lead active, happy and healthy lives.

To join the Tipperary Supporters Club please do so at www.tippsupportersclub.com or by calling Jim Reidy, Membership Officer on 086 3580718.

The membership pack includes the following benefits:
A specially-designed Tipperary Supporters Club pen with stylus for use on touch-screen devices
All members are entered into a prize draw for championship match tickets for all Tipperary Senior games.
2019 Car Sticker
Text alerts for all League and Championship team news
Regular news to your email about all the latest in Tipperary GAA circles

Membership for the Friends of Tipperary Football for 2019 is now available and costs only €20. There are some great prizes to be won throughout the year by becoming a member. The Friends are a fantastic group that help with the development of Tipperary Football. To join please go to www.friendsoftipperaryfootball.com

Information concerning all areas in the GAA will appear in this section in the future. If you wish to include any item of interest in future articles, please e-mail at pro.tipperary@gaa.ie on or before 3.00pm on Monday. Visit the Tipperary GAA web site at http://tipperary.gaa.ie to keep up to date with all the latest news in Tipperary GAA circles.