A super day for the club at the Munster Junior & U/23 championships saw Katie Bergin crowned Munster Champion in the Junior 100mts and 200mts and Jack Hickey the champion in the U/23 400mts.

Katie and Aisling Dwyer competed in the heats of the 100mts with Katie winning her heat in 12.56 to qualify for the final. Aisling finished joint third but lost out on securing a place in the final by just hundreds of second. In the final Katie ran an even faster time of 12.22 to capture the title, a time which also represents a new personal best for her.

There was no rest as both athletes then concentrated on the Junior 200mts. They were drawn in the same heat with Katie winning in a time of 25.35 and Aisling fourth in 27.88, times that secured their places in the final. Both girls ran fantastic races in the final with Katie powering home to win in 25.06 and Aisling finishing an excellent fifth in 27.49 having held third place right up until the line.

Between those two races Jack Hickey was preparing for his U/23 400mts event and with a straight final taking place, he ran a very steady and controlled race and holding off a stiff challenge at the end, he crossed the line victorious in a time of 52.82. Well done to all three athletes and their coach Martin Flynn for their superb performances. 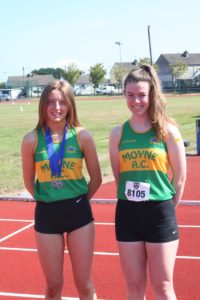 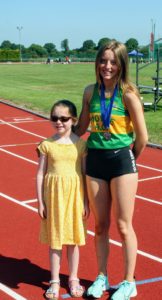 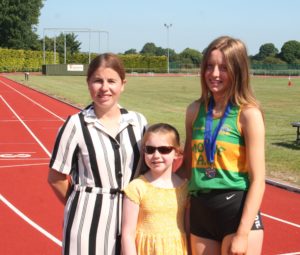 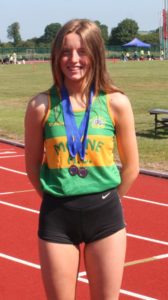