Under 14 B North Football Final

Toomevara v Burgess in Shalee Friday 24th May at 7pm

Under 16 Seven a side Tournament

Under 14 North B Football Champions 2019

Our senior hurlers claimed victory last weekend over Kiladangan in the county league div 1 to move top of the table with 8 points. They prevailed on a scoreline of 0-26 to 1-18. Next up is a clash with Drom & Inch tomorrow(Sat) at 6pm in The Ragg. Admission is free. On Tuesday(4th) we play JK Brackens in the Cahill Cup Prelim Quarter Final. This match is in Templemore at 8pm. And on June 14th at 7:30pm in Drombane we face Moycarkey/Borris in the county hurling league.

JUNIOR FOOTBALL
The mid championship begins this evening(Friday) as we take on Moyne-Templetouhy in Drombane at 7:30pm. Best of luck to the team. Our following game in the championship will be against JK Brackens on June 8th at 7:30pm in Templemore

JUNIOR HURLING
The first round of the mid junior A hurling championship has been fixed for June 22nd where we will take on Boherlahan Dualla in Boherlahan. Throw in time has yet to be fixed. 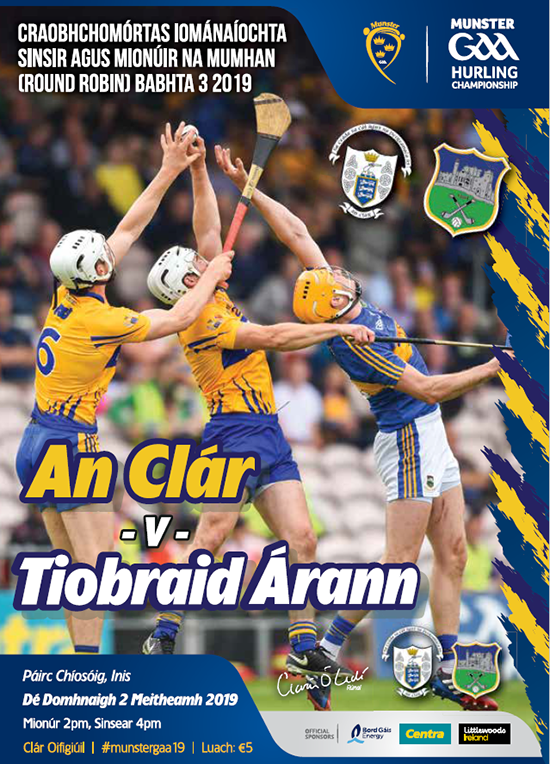 The Tipperary team to play Clare in their Munster Senior Hurling Championship Round 3 fixture on Sunday next, 2nd June at 4pm in Cusack Park, Ennis, has been announced by manager Liam Sheedy.

The team is as follows;

The Tipperary minor hurling team to play Clare in their Munster Championship Round 3 fixture has also been announced by manager Paul Collins. The following is the match day panel as Tipp go in search of their second win in the current campaign. This match throws in at 2pm in Ennis.

Tipperary Soccer Round Up 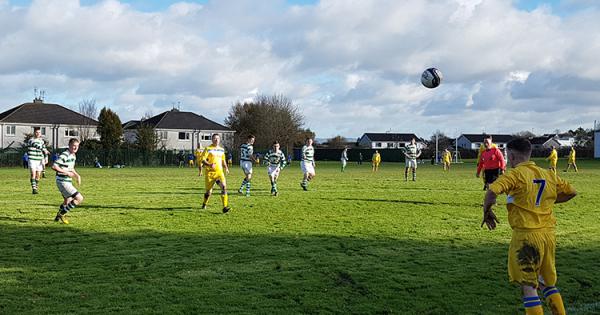 Thurles Town will have tomake do with another cupless season after Nenagh Celtic ran out deserved winners in the Greyhound Stadium in Thurles. Duffy and Keenan had put the hosts two goals to the good with two fantastic free kicks but a Danny Ryan penalty halved the deficit before half time. Jimmy hynes levelled proceedings early in the second half and a brace from Marky Walsh ended the game as a contest before Eoin Byrne converted an injury time penalty.

Holycross were crowned NT&DL Division 1 champions after recovering from a goal down to beat a tough Lough Derg side. Emmett Lyons had put the away side ahead with a speculative effort some forty yards out before John King equalised for the hosts. Further goals from Dan Corbett and Kevin O’Dwyer were enough to seal the title despite the best efforts of Derg keeper Oisín Conacur who made a string of very important saves.

Kilmanahan secured the league title after coming from behind to beat Moyglass. The away side too the lead twenty six minutes in but a deflected Derek Hooper effort levelled proceedings. United were given a huge chance to secure the title ten minutes from time when Darren Guiry was feled in the area, Seamie Greene stepped up and blasted the ball home to secure the hosts first title in twelve years.

Ballyneale will play Division two football next season after a convincing 3-1 winover Two Mile Borris B. They now have an unassailable lead in second place and will consider this to be a hugely successful season.

Cahir park continued their stride for the TSDL Division 1 title after a hard fought win against top of the table Rosegreen. Shane O’Neill put the hosts ahead before they were pegged back before the break. The hosts were to win it though as Benny Ryan grabbed the all important winner in the second half.

Saints won this relegation battle with ease as they now look safe to stay in Division 1 for another year. Cashel, however, need to win their last two if they are to have a chance of survival one would feel as Galbally look to be relegated barring a miracle at this point.

Carrick Utd’s Jack Doherty saved his sides title hopes with a goal three minutes from time to salvage a point against top of the table Ferrybank.