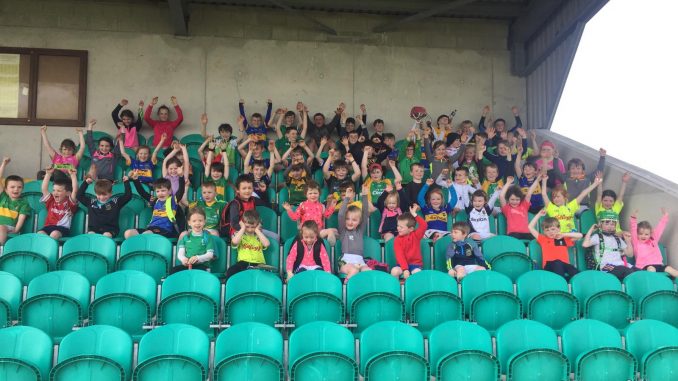 Senior Football: Our Senior Footballers got their Championship off to winning ways last Wednesday evening with a 2-12 to 0-13 point win over Galtee Rovers in  New Inn. A fantastic victory in our first Senior Football game since our recent promotion. Well done to all. Their attention now turns back to the small ball with a County League game next Saturday vs Ballinahinch in Shallee at 7pm.

Junior: Our Junior Hurlers had 3-20 to 4-09 win over Brackens in Round 2 of the league last Friday night. They now turn their attention to the Football Championship where we face Golden in Templetuohy on Wednesday evening at 8pm. All support very much appreciated.

U16: Well done to our U16’s who had 2-12 to 1-06 win over Gortnahoe Glengoole last Thursday. Following a draw, they now face Durlas Óg in the Mid Semi Final. This game takes place tonight in Templetuohy at 6pm. Support appreciated.

U14: Our U14 team travel to Boherlahan on Thursday evening where they face Boherlahan in Round 2 of the Championship. Best of luck lads.

Easter Camp: Well done to all 71 children who took part in our Easter Camp over the last few days. Our thanks to the coaches for all their work. Special word of mention to Mindy Doyle who coordinated the camp and was there each and everyday. Thanks Mindy.

WhatsApp: Any members wishing to be added to the Club WhatsApp service is asked to contact PRO Mark Dunne on 087 0672132

“Tipperary Waiting times for Tonsils treatment among worst in the state,” Mattie McGrath

THREE YEAR CAP UNDER FAIR DEAL MUST BE RETROSPECTIVELY APPLIED 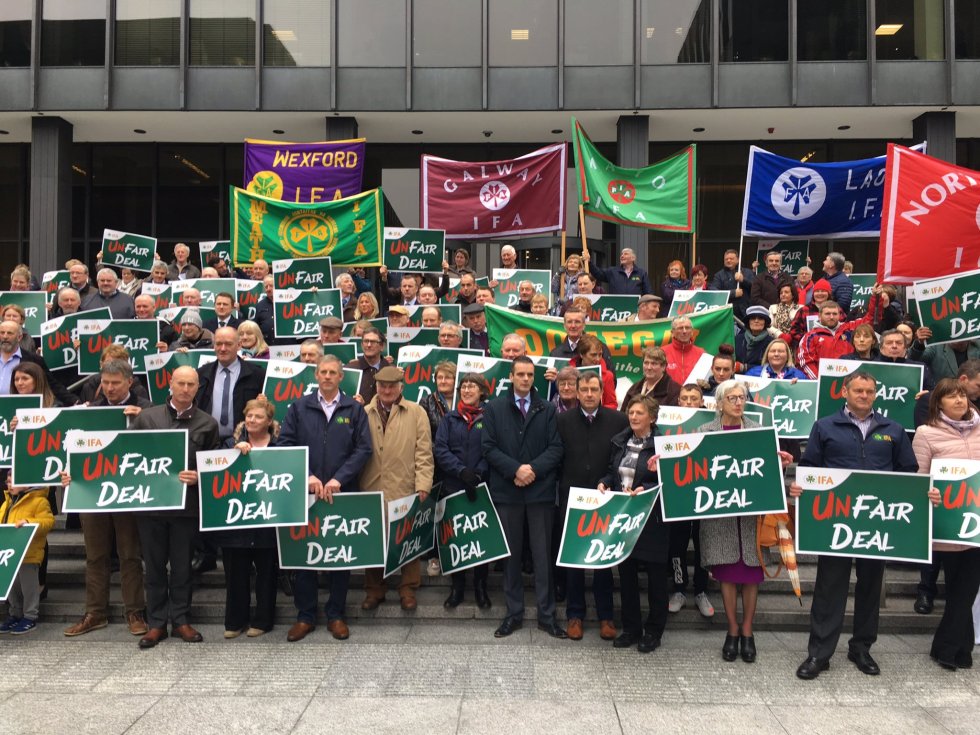 Caroline Farrell pointed out that this means the Nursing Home Support Scheme legislation will not be amended until the end of the year, at the earliest, and won’t be operational until at least mid- 2020.

“This is nearly five years after the Government gave a commitment to introduce changes as soon as practicable to remove discrimination against family farms and small business under the Fair Deal scheme”, said Mrs. Farrell.

“The Government must honour their commitment and retrospectively apply the three-year cap to July 2018 when it was approved by Cabinet.”

She said that the Heads of Bill must guarantee that the three-year cap also applies to farms that are currently leased, but where a family successor gives a verified commitment that they would continue to farm the asset, for a period of six years.

“Tipperary Waiting times for Tonsils treatment among worst in the state,” Mattie McGrath

Independent TD Mattie McGrath has said that the inability of the HSE to deliver basic surgeries like tonsillectomies within an adequate waiting time period points to ongoing dysfunction within the health system. Deputy McGrath was speaking after figures released by the Department of Health revealed that Waiting Times for Tonsils Treatment in North Tipperary is the fifth highest in the state, with an average waiting period of 243 days. The average waiting period in Tipperary South was shown to be 180 days:

“What is deeply frustrating for parents of children who require surgery for tonsils is the awareness that it is really a very minor procedure these days.

These kinds of surgeries are also what the HSE term ‘High-Volume Procedures’ meaning that there is capacity to get through a significant number of the surgeries within a short period of time.

Yet despite this, we see children and indeed adults waiting about 8 months in North Tipperary before they can get treatment.

This again points to the utter inability of the Minister for Health and the HSE to provide for basic services and simple procedures.

The Minister says that the joint Department of Health/HSE/National Treatment Purchase Fund Scheduled Care Access Plan 2019 is “projected to be in a position to offer treatment to all clinically suitable patients waiting more than 6 months for one of these procedures.”

We all know how reliable HSE projections are.

What is even more concerning however is that if the Minister and the HSE cannot get basic operations like Tonsils right then how we can expect them to drastically reduce waiting times for more serious and life changing procedures like Scoliosis.

As I understand it, Minister Harris, who said no child would have to wait more than four months for surgery by the end of 2017, is today presiding over waiting times that show 159 children are currently waiting for scoliosis surgery with 27 per cent on the list for more than eight months.

Independent TD Mattie McGrath has called on the Minister for Transport, Shane Ross, to engage with Transport Infrastructure Ireland (TII) on the proportionality of fines relating to non-payment of Toll Fees. Deputy McGrath was speaking after he obtained information in a parliamentary question that revealed that Pierce Fitzgibbon Solicitors, acting in the capacity of enforcement service provider for the M50 barrier-free tolling system, was paid fees amounting to €3million per annum for each of the last four years:

“I think most people when they hear about the level of legal fees being paid to a single firm for the collection of fines will be more than a little shocked.

The information provided to me also makes it clear that the Revenue collected by Pierce Fitzgibbon averaged about €2.6million per year for each of the last 4 years, amounting to €10.4 million.

I was reminded of just how severe the fine collection process can be when a constituent came to me after receiving a letter saying he now owed over €1200 following an initial non-payment of a toll fee that was under €20.

He had engaged with the enforcement service providers and paid two instalments of €50, and one instalment of €100.

That was literally ten times the toll fee originally owed by him.

It got to the point where he just could not afford to pay the monthly fine.

Despite this, fines of €150 kept accumulating despite my constituent’s insistence that he could not pay and was also trying to deal with a restructured mortgage.

Thankfully, and only after intervention from my office, did Pierce Fitzgibbon acting as enforcement providers, finally accept repayment of €30 per month for the €1247 fine.

It is cases like these that highlight the need for some kind of review of the proportionality surrounding the accumulation of Toll Fee Fines and indeed the millions in legal fees that are being generated on an annual basis,” concluded Deputy McGrath.