“Tánaiste’s ‘Super-Majority’ proposal the last gasp of a campaign in desperation,” Mattie McGrath

by Ben Nallen
in Politics
0

Independent TD Mattie McGrath has described the proposal being advanced by Tánaiste, Simon Coveney, that a two-thirds majority of the Dáil be required for further liberalisation of abortion laws, as unconstitutional and confused. Deputy McGrath was speaking after reports indicated that the Tánaiste is set to bring the suggestion to Cabinet before the government’s detailed plan on the shape of any post-repeal legislation is published:

“My understanding is that what the Tánaiste is suggesting openly contradicts Article 15.9.11 of the Constitution. The provisions of that article make it explicitly clear that a simple majority of members is all that is required for the passage of legislation though the Oireachtas.

In light of that it is extremely difficult to arrive at any other conclusion but that we have government members who are willing to take a wrecking ball to the constitution in order to advance the passage of a fundamentally flawed abortion proposal.

The repeal campaign, and the government’s fulsome support of it, is in free fall and the panic has clearly set in.

They now know that the Irish public will not be such an easy ‘sell’ as they had once thought and they are furiously scrambling for any legal cover available that will make their horrific proposals more palatable.

The Eighth Amendment is now being seen for what it truly is; the last human rights bulwark against a legislature that can chop and change its views with the passing of each election.

Instead of engaging in legislative or legal gymnastics to try and successfully foist this abortion bill upon the people, it would be more in their line to concentrate on the delivery of services that are actually beneficial and life-affirming for the women and children of this state,” concluded Deputy McGrath. 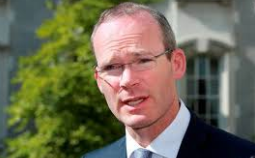