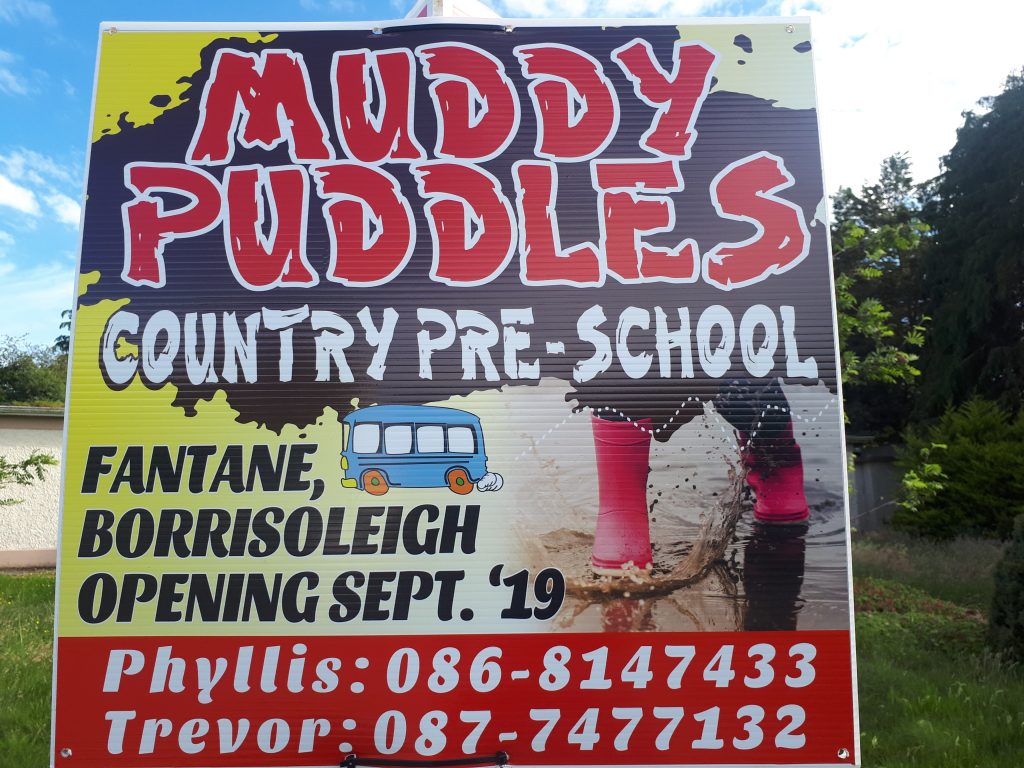 LEGO from Billund to Borrisoleigh 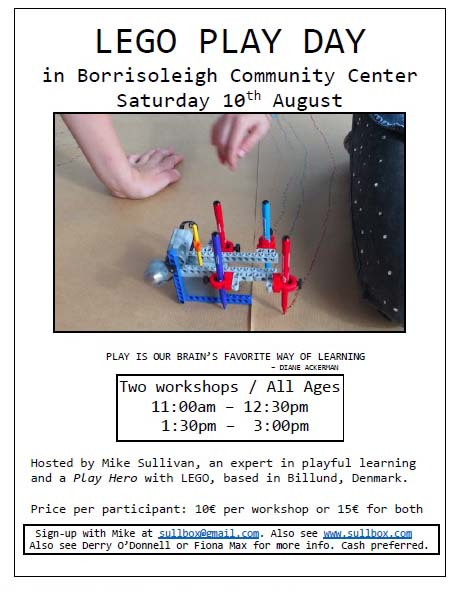 Joe Loughnane of Finn’s Alehouse has a brother named Fergal living in Billund, Denmark, which happens to be the hometown of the LEGO toy company.  Fergal’s neighbor in Billund happens to work for LEGO as a teacher and a trainer – and he plays drums.  This fellow’s name is Mike Sullivan (Sully).

Of course, Sully also likes to play up his Irish-American heritage, so with Joe’s help – and to celebrate his 40th birthday – Mike booked a little “musical heritage tour” around Ireland last summer with his own brother and a rockabilly musician from Washington DC.  The band brought their wives and kids and everyone had a great time, living at Fairy Fort Farm for a week and playing shows in the region.

In fact, they had such a wonderful time that the Sullivan brothers are doing it again this August with another band of theirs from DC, Buck Forty Nine, playing mostly original honky-tonk and country songs.  They’re also bringing along their wives and kids and they have booked shows around the region again, including out on the Aran Islands and over in Dublin.  One teenage daughter in the gang plays traditional Irish music on accordion and also does a lot of Irish Dance.

But back to the LEGO… being a teacher and a performer, Mike is inspired to bring along some LEGO this time around, and to share something more with the lovely town of Borrisoleigh — and to help pay for some petrol in the bandwagon.

For the last 6 years, Mike has been working closely with researchers and educators from Harvard University and MIT in Boston, as well as experts at LEGO Foundation.  He’s worked with students all over Denmark, developing progressive programs in experiential education and designing new learning environments for schools, museums, and communities.  Much of Sullivan’s practice is focused on healthy risk-taking and hands-on play where young people engage with materials and spaces that enable them to find multiple solutions to various challenges.  Whether he is in the wilderness or in a maker space, Sullivan encourages students to be brave and to try new things – to “fail forward.”  Such experiences build resiliency, confidence, creativity, and community – and they’re fun.  And fun is not unimportant.  It’s crucial, and it’s how students often find meaning, ownership, and agency in their experiences.

Mike is excited to meet more families and children from Borrisoleigh at the workshops in the community center on August 10th.  Please contact Fiona Max or Derry O’Donnell for more information (or sign up by writing directly to Mike at [email protected]).

An information evening will take place on Sunday August 11th @ 6 o clock for interested adults over 18 for AXA Community bike rides.
Bikes and helmets will be checked and the ability of most cyclists and hopefully we will do a 10km starter route.
In the meantime can you go onto Cycling Ireland website and register on AXA community bike ride page.
We will meet in the back car park at Shanahans Centra and have a coffee and a chat after in Shanahans Centra. 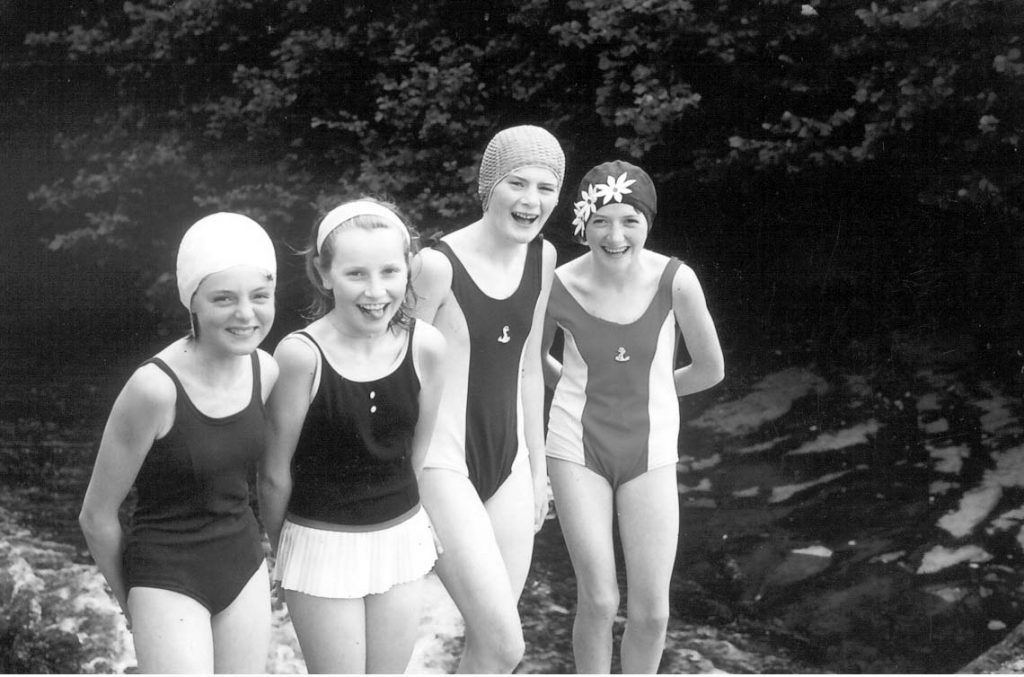