Royal County Farmer on the Pigs Back

by Ger Ryan
in Farming
0

The late Jack Marry was a well-known legend in pig farming and operated several very successful farms, producing up to 55,000 pigs a year.

He was regarded as one of the most successful pig meat producers in Ireland.

This tradition has been carried on by his three sons Gareth, Colin and Jonathan who each manage their own successful pig farms.

Colin who farms at Little Grange near Drogheda is on the Board of the Irish Pig Health Society and is a member of the European Pig Producers committee.

Jonathan, who also farms near Drogheda in Co. Louth, won the Macra na Feirme FDB Young Farmer of the Year competition in 2015 and is active in the Pig Health  Society and the IFA Pig Committee.

Pigspit.ie provides top quality Pig on a Spit for Weddings, Private Functions & Corporate Functions of all sizes around Ireland.

Pigspit.ie were finalists in the 2019 Weddings Online Awards and have grown considerably over the past three years.

You can check their menus out at: https://www.pigspit.ie/sample-menus/

He manages a modern and highly efficient 520 sow, birth to bacon unit along with his team; Áine Comiskey, Mark Armstrong & Philip Dunne.

Aine hails from Kilnaleck in Co. Cavan and is a qualified Farm Manager and did her studies at the Teagasc Agricultural College in Ballyhaise.

Established in 1984, the sows are loose housed and the piggery is a well-run operation, as 27 pigs are sold per sow, per annum with an average sell weight of 115kgs.

There are approx. 300 pigs weaned per week and when they are moved to first stage, they are fed on A-One feed, based in Dungannon, Co. Tyrone.

Gareth uses genetics from PIC Ireland in Fermoy for his damline genetics and Hermitage AI based in Tipperary for his terminal genetics.

Sows on the Marry farm are serviced 100% AI and mainly on a wet feed computerised system and are accommodated in naturally ventilated houses.

The farm is situated in a predominantly tillage area, which results in a strong local demand from beef and tillage farms for slurry.

This means that Gareth does not have to use a slurry tanker on the farm.

However they have four to five months slurry storage and a capacity for 1.5 M gallons of slurry

between their underground tanks and in their Premistore over ground tank.

Gareth’s constant focus is to improve the existing farm and as such, with a keen focus on the costs of feed,

he made the decision in 2017 to make a significant financial investment and construct an on-site home feed mill.

He believes that home mixing of feed reduces costs and improves the quality of the pig diets and gives him more control over the ingredients being used.

The mill commenced production in June 2018.  It includes the Big Dutchman system which was installed by I.D.S. in Portlaoise.

Gareth contracted McAree Engineering to install five 50 tonne V-Mac silos and this work was carried out in January 2018. This allows the storage of the pig feed ingredients to facilitate the manufacture of 3,700 tonnes of pig feed per annum.

The Marry family have a long-established relationship with McAree Engineering spanning 40 years and have purchased in excess of 30 V-Mac feed silos throughout this time.

According to Gareth “visitors to the farm comment on the quality of the build and the strength of the steel in the McAree animal feed silos”.

Gareth says that “we believe McAree make the best bins that last longer, give a very good service and can customise the bins as required.

Also, they can fit different ladders, safety rails etc.  When the need arises for feed bins in the future, I will be returning to McAree Engineering.”

and capacity to add value to the pig enterprise. 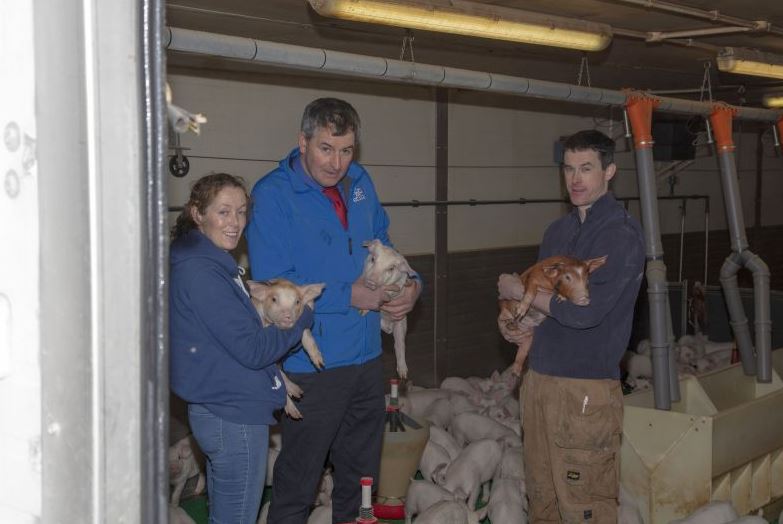 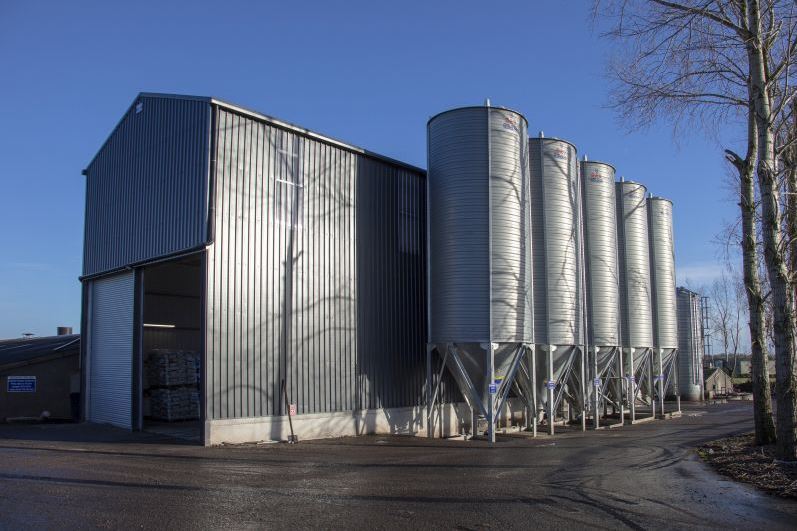 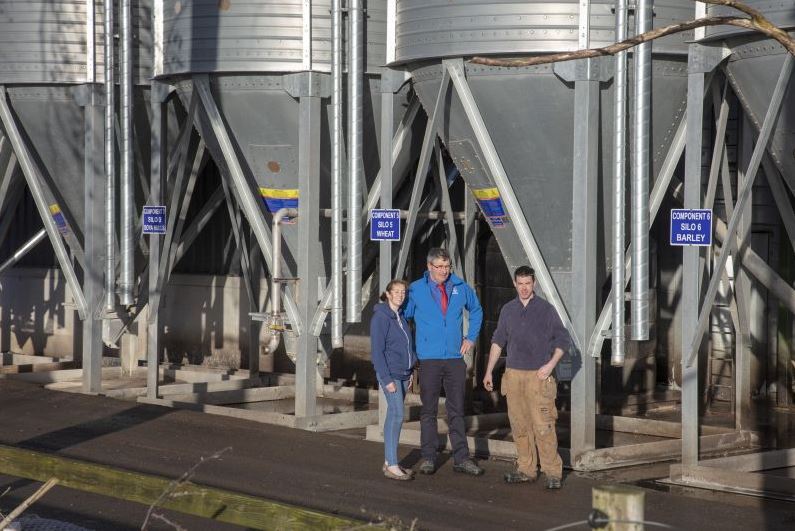